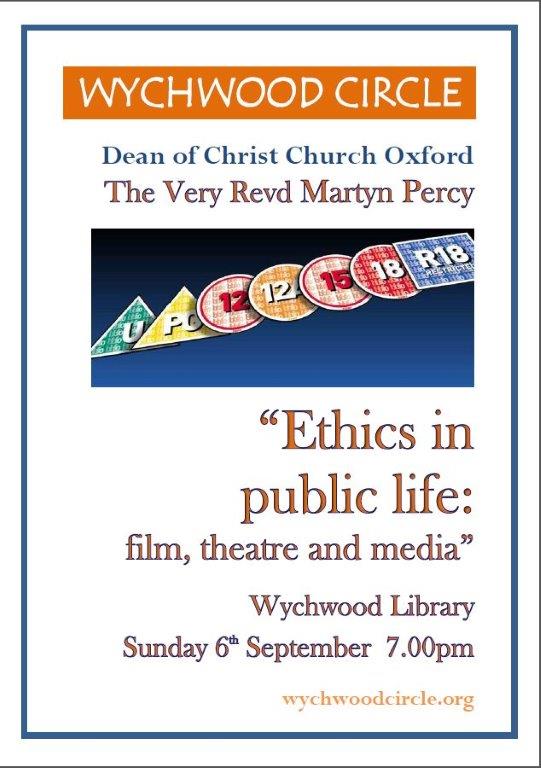 Posted by Wychwood Circle at 09:51 No comments:

NOT JUST NICK KYRGIOS WHO IS LOSING CONTROL?

We are used to politicians and other public figures getting into trouble over their behaviour and anyone in public life is vulnerable to lurid and probably over-stated reports in the media - particularly in the 'silly season'. Now a tennis player has provided a springboard for the ever-readable Will Hutton to write (preach?) about the inner voice of restraint weakening in our society along with the well-documented decline in ethics in finance and business:

The inner voice that checks any of us in our naked pursuit of what we want seems ever weaker, he wrote on Sunday.

Not everyone will subscribe to Hutton's view that the 'wider philosophy of libertarian capitalism' is where our worst instincts find a home, but they may be less likely to disagree when he says:


Modern life does not need to be so reluctant to embrace shame, duty and purpose - or be a place where individualistic self-preoccupation and lack of respect for others ride so high.

And if we agree, then what is it that has driven or even created this sad state of affairs? If not politics and the way our society is organised, then is it technology or globalisation or what?  Or maybe the 'gaps left behind' by a steady erosion of faith in the last few decades, as Madeleine Bunting - 'no longer a practising Christian' - made us wonder in her wide-ranging and articulate series of The Essay on Radio 3 last week. She talked on separate evenings about 'glory', 'sin', 'salvation', and patience, and one of the things she seemed to deplore  is the misplaced emphasis of the churches over the centuries on a Christian critique of human nature (mainly, she suggested, with the desire to manipulate society for imperialistic institutions' own ends). There was always less attention to 'structural sin', or our 'collective responsibility for social and economic systems which exploit and oppress people'. And now?

As Will Hutton argues for 'a better public space', we at Wychwood Circle will focus in September on ethics in film, theatre and media, thanks to Professor Martyn Percy who, amongst many other attributes, is adviser to the British Board of Film Classification (BBFC) and previously worked with the Advertising Standards Authority. As Dean of Christ Church, Oxford, he doesn't have too far to come but we are fortunate that he has made time for us at the start of the new academic year.


Wychwood Library, Sept 6th at 7.00 pm:  'Ethics in public life - film, theatre and media' - a talk and discussion led by the Very Reverend Professor Martyn Percy.  As always, anyone is welcome, whatever their views.


Posted by Wychwood Circle at 08:47 No comments:

Blaise Pascal (1623–1662), physicist, philosopher and mathematician, is famous for quotations from his Pensées, such as

We know truth, not only by the reason, but also by the heart.

In the light of our recent Wychwood Circle discussions on the workings of our ‘Divided Brain’ (left hemisphere vs right hemisphere) it is interesting to read a bit about the duality of intellect and intuition as seen by Pascal, who distinguished between ‘two kinds of intellect’ or what he called the mathematical mind (meaning: logical, rational) and the intuitive mind.
Others throughout intellectual history have also found it useful to suppose this duality.  In the Christian tradition Augustine of Hippo (354-430) talked about the higher and the lower mind:  for him the role of the higher mind was contemplation (of God, in his case) and the lower mind was for reasoning.  The fourth-century desert monk Evagrius (he of the 'Eight Thoughts') distinguished between 'ratiocination or discursive thought' and what he called ‘nous’, an intuitive spiritual intelligence. And Aquinas in the 13th century, like Augustine, talked about lower reason (ratio inferior) which thinks and calculates, and higher reason (ratio superior) which communes directly with God.

To non-Christians and indeed many Christians, talk of contemplation and communion will set off alarm bells, though not of course to millions of people of more Eastern faiths.  So in 2015 the modern Divided Brain analysis is perhaps safer territory – even if the evidence from neuroscience is to date far from conclusive.  Yet the marked difference between the brain’s two hemispheres and how they process information, though still very much under investigation, has been known to neuroscientists for at least a hundred and fifty years, ever since Pierre Paul Broca discovered the location of language-processing skills in the left side of the brain, as Jonathan Sacks tells us.  Read a short summary of these differences in chapter two of his The Great Partnership if you don’t fancy the 500 pages of Iain McGilchrist.  Or view the June posts on this site.

The idea of setting reason up as counterbalanced by ‘the heart’ has a long history, with an early saint called Diadochus (quoted by Martin Laird) referring to the heart as the deep centre of the person (and not the seat of the emotions, as emerges much later).  The Old Testament writings abound with references to the heart, not least in the psalms:

And in the early twentieth century, the French author Saint-Exupery (author of The Little Prince) seems to echo Pascal:  ‘It is only with the heart that one can see rightly…’.

What can we know?


So what did Pascal mean by ‘We know truth…”?  The Bishop of Worcester asked the question in an article back in 2013:  “So what do you know?”  Those of us who discussed the McGilchrist thesis in July or have been reading up on it since then will recognise where Bishop John is coming from.  And those who know their Dickens may hear echoes of the sarcastic opening of Hard Times:  “… In this life we want nothing but Facts, sir; nothing but Facts!”

McGilchrist is not the first to point out that in other languages there is a distinction between sorts of knowledge:  French has ‘connaître’ as opposed to ‘savoir’, German and Latin similarly.  The former is more akin to knowing someone, understanding them, but can apply to ‘encountering’ or fully understanding something as well as someone, maybe also to knowing truth.  As the Bishop, a former scientist, says:

We need both sorts of knowledge.  The problem is that, almost without its being noticed, the second kind is being increasingly privileged in our society, almost to the exclusion of the first. This is partly because it is the only sort of knowledge that science allows.

Which leaves us perhaps wondering how to acquire that additional knowledge if we too have been a bit left-brained for too long.  There is a series of BBC programmes running currently on Radio 4 entitled: ‘How can I know anything at all?’  One answer, which Martin Laird extols convincingly, is found in silence and contemplation.  There is no shortage of examples from Augustine and Evagrius onwards (and not just in the Christian tradition) of people who have sought to experience more than ‘facts’.

One of them, less well-known than Evagrius or Augustine, was called Theoplan - again quoted by Laird.  Writing in the same spiritual tradition that saw the heart as the deep centre of the person, Theoplan said:

You must descend from your head to your heart. … Whilst you are still in your head, thoughts will not easily be subdued but will always be whirling about, like snow in winter or clouds of mosquitoes in the summer.

Another way is to study more serious fiction, poetry (On the Edge of Vision), music and art and see what our imagination can deliver up to us in terms of truth and reality.  Others will turn to philosophy (Andrew Davison).

Whatever works for each one of us, the words of T S Eliot must be worth recalling:


Where is the wisdom we have lost in knowledge?

Where is the knowledge we have lost in information?

This post owes a lot to a great little book by Martin Laird called Into the Silent Land - The Practice of Contemplation (London, 2006).  Laird is also one inspiration behind a new 'Midmonth Meditation' which takes place at Ascott under Wychwood's Trinity Church and is open to all, regardless of worldview or spiritual practice.  Forthcoming dates:  August 12th and Sept 15th from 6.15pm to 6.50pm.

The next Wychwood Circle event is on September 6th at 7pm at Wychwood Library in Milton under Wychwood.  Martyn Percy, Dean of Christ Church, Oxford, and advisor to the British Board of Film Classification, will talk about and lead a discussion on ETHICS IN PUBLIC LIFE.
Posted by Wychwood Circle at 04:24 No comments: