THE PASSION AND THE NOT-KNOWING

The comedian Jack Dee was recently on Desert Island Discs and told KirstyYoung that he was a person of faith but had less and less time for religion. He also talked about going and sitting in a church on a Sunday afternoon.  Many of us would have some fellow-feeling with him on this: we might indeed avoid churches altogether, or attend early morning BCP communion with a dozen others to experience the peace, the grandeur and the 400-year tradition. Or we may love the stained-glass windows or the ancient architecture. Or we may even, like Philip Larkin in his 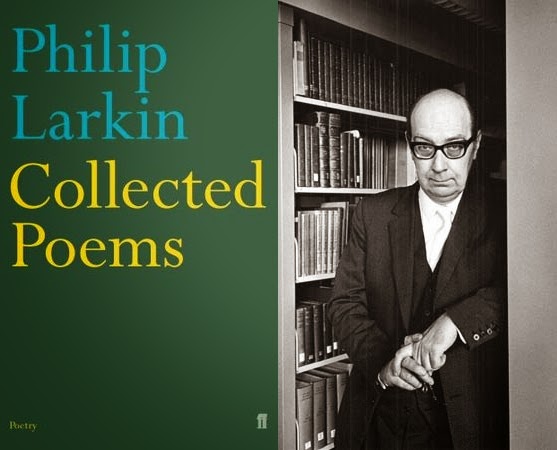 poem Church Going, gravitate to empty churches and holy ground, ‘which, he once heard, was proper to grow wise in, if only that so many dead lie round’.

Yet the Anglican Dean of St Edmundsbury and Ipswich, Frances Ward in Why Rousseau was wrong: Christianity and the secular soul suggests that:

‘Religion can offer … a different understanding of what it means to be human. One which takes virtue seriously, and looks for trustworthy and responsible character as the bedrock of the soul who is responsive to God and its neighbour’.

In her attempts (as a good senior priest in the Church of England) to persuade people to go to church – if only so that they will know what they are rejecting, which is not a bad reason – she also says of faith that it does not have all the answers, that it ‘offers fruits in life that are not immediately obvious’, that it requires us ‘to be open … to some of the deeper questions and to some of the most profound art and music, allowing the aesthetic to  move us and prompt us to wonder if there is more to life than we previously thought.’

In Chapter 5 of our current theological launching-pad, philosopher John Caputo seems to agree with these sentiments, about being open, about the relevance of virtue, about not seeking certainty but being ready to respond.  Contrasting the misguided pursuit of “one true religion” with the “virtue” of what he calls ‘being genuinely or truly religious’, he takes up a metaphor offered by the Japanese philosopher Kitaro Nishida that ‘religions are rafts that sail on an endless sea’.  Says Caputo: ‘God is more important than religion, as the ocean is more important than the raft, the latter bearing all the marks of being constituted by human beings.’

The religious element in us all: religion without religion

A repeated theme in Caputo’s book is that religion is a human practice, but also that the religious sense is not something we acquire or weigh up or reject, but rather something we recognise in ourselves. ‘I am arguing that there is a fundamentally religious quality to human experience itself,’ he says.

He has taken us through a broad history of ideas from medieval to modern to ‘post-modern’ and his main thesis thus far has been that contemporary thought about God or religion should be ‘de-capitalized’ – by which he means ‘the willingness to get on as best we can without capital letters and without final authoritative pronouncements’. Religious truth is not like scientific truth. At the same time as Nietzsche rubbished the claims of the moderns, he also dug the ground from under his own feet. If we think we have unmasked the medieval viewpoint of metaphysical reality, then we should recognise that the Enlightenment view of Reason and Objective Truth has also been unmasked – and so have Marx and Freud and Nietzsche himself and statements like ‘God is dead’.

Love is a how, not a what

What we have left (‘having passed through modernity’ to ‘a more enlightened Enlightenment’), he says, is ‘the passion and the not-knowing’.  Only the driest, most bovine human creature does not believe in love, and, in Caputo’s view at least (and that of the writer of a New Testament epistle), “everyone who loves is born of God”.  And what do I love when I love my God? (St Augustine's phrase) Well, loving God is not a formula but a deed to do. In fact Caputo would have liked to be a medieval copyist and slipped in the word ‘how’ in place of the word ‘what’.

Rather than looking for the one true religion we should seek religious truth, or, dare one say it, to be religious, in the sense that the New Testament writer talked about ‘loving God in spirit and in truth’. The medieval meaning of religio was ‘virtue’ and from the Old Testament prophets (eg Amos) to contemporary philosophers (eg Derrida) the pursuit of justice has figured large in most decent people’s beliefs:

Similarly ‘faith’ – as we have discussed before in our group – used to mean ‘being committed to’ and if we testify (cf Greek martyreo) to the love of God, this must mean doing something about it.  Old St Paul in one of his letters (little knowing that he would be quoted to death and out of context in sentimental modern weddings) goes on about love (or ‘charity’) at some length and concludes that of the three ‘passions for the impossible’ (as Caputo calls them) – faith, hope and love – the  latter is definitely the greatest.

Three steps to a passionate life

When Wychwood Circle first met a little over two years ago, the book which we discussed over a period of months was called Twelve Steps to a Compassionate Life by former nun Karen Armstrong. As Caputo argues for passion, for a ‘restlessness with the real’ and a response to ‘something that has swept us away’ at some time or other, it feels a bit like we are coming back to where we started, but with more vigour. We debated

the meaning (and appropriateness) of the word ‘compassion’ at the time, wondering whether it meant pity, or mercy, or just sympathy (‘feeling with’, ‘with-passion’), but on balance we agreed with Armstrong that our discussions had to lead to action, to doing the deed, and not worrying too much about the formula.

Armstrong got us there in 12 steps, like Alcoholics Anonymous; Caputo concludes his final chapter with 3 axioms of a 'religion without religion', each one leading to the next.  ‘I do not know who I am or whether I believe in God’ - to settle for ‘radical undecidability’, which he recommends as a step in the right direction, is fine but too academic, too cognitivist, even complacent.  To ask, ‘is what I believe in God?’ is better because then we are beginning to talk about commitment and a quest which might lead to action. But the third step has to be: ‘what do I love (when I love my God)?’, in other words how do I love, or even how do I choose to live.  This for Caputo reveals the passionate side in us and leads him on to quote contrasting examples of passionate people from Dietrich Bohnhoeffer and Mother Teresa and others who started out within a traditional religion, to all those outside religions who have done great things, ‘because there is no safely secular sphere where we can be so sure that no religious fires burn’.

It is hard (even though the final chapter could be said to be a little long-winded) not to be swept along by Caputo’s enthusiasm, indeed his passion.  He has after all admitted at the outset that ‘lovers of God’ are ‘a little unhinged’, and that one idea of the word “love” is that it represents ‘a giving without holding back, an “unconditional” commitment, which marks love with a certain excess’. Not very English, but maybe very human, if only we dared.

A serious house on serious earth it is, // In whose blent air all our compulsions meet, // Are recognised, and robed as destinies. // And that much never can be obsolete,  // Since someone will forever be surprising // A hunger in himself to be more serious, // And gravitating with it to this ground, // Which, he once heard, was proper to grow wise in, // If only that so many dead lie round.


We discuss Chapters 4 (Impossible People) and 5 (On Religion: Without Religion) of John D Caputo's book On Religion (click to read online) in the series Thinking In Action (Routledge 2001) at our next meeting at Wychwood Library on June 1st at 7pm. Anyone is welcome to join the discussion, preferably having read the relevant chapters.

Posted by Wychwood Circle at 07:28 No comments:

AN ESSAY ABOUT BEING HUMAN

ON RELIGION - WITHOUT RELIGION

On Sunday June 1st at Wychwood Library we discuss the last two chapters of John Caputo's book On Religion, which are the culmination of his argument. Chapter 5, borrowing from Jacques Derrida, is entitled: On Religion - Without Religion.

This essay on religion is also an essay about being human. ... The distinction between theism and atheism, religion and unreligion, is beset by confusion ...

The book is available in its entirety to be read online - click on this link. A summary of chapter 2, a vital step in his argument, can be obtained from davidwychwood@gmail.com