MARCUS BORG AND THE MEANING OF CHRISTIAN WORDS 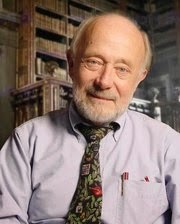 Marcus Borg died last month and will be missed, not least by those who had only recently begun to discover just how much he did for a modern understanding of what it is to be a Christian.  We recently read some quite dense theological chapters in his measured debate with his fellow biblical scholar N T Wright:  this was not a book for the casual reader!  But Borg can be very accessible.  Only a few years ago he wrote Speaking Christian (2011) which is almost a phrase-book, if not a dictionary, for those of us in 2015 who don’t live and think within church structures or traditions but might still want to know what Christians are on about.

The words we use are vital, and none so much as the word God! Giles Fraser, priest and Guardian columnist, tweeted memorably this week:  I do not believe in the God that Stephen Fry does not believe in.  Marcus Borg, in Speaking Christian, takes aim at two phenomena which can do untold damage to an intelligent teenager’s understanding of ‘what Christians believe’. One is the relatively recent literalisation of language, ‘affecting Christians and non-Christians alike’. The second is what he calls ‘the heaven-and-hell framework’.

Doing away with unhelpful language

Language is of course crucial in any philosophical debate and few of us would sensibly try to understand the thought of another culture or tradition, let alone another era, without first making sure we knew what language they were speaking and how they used it and understood key words in the context of their own community.  In order to communicate that community’s thoughts to a modern audience with a very different cultural background, we might feel the need to use very different language.

What Borg calls the ‘heaven-and-hell framework’ has been and continues to be seen, he says, as

the core of Christianity for millions, within and outside the church.  It is the framework within which many understand Christian language.

The heaven and hell framework has four central elements: the afterlife, sin and forgiveness, Jesus’s dying for our sins, and believing. They are all there in my childhood memory and present in the minds of many Christians. What is already in our minds shapes what we experience, including how we hear words.

Of course, as he emphasizes in his first chapter, this framework, while ‘narrowing and distorting the meaning of much of Christian language’, has also ‘worked and still works for millions’.

Which is fine, but Borg’s concern, shared by some of us at Wychwood Circle, is that Christian language used in this way has also become a problem for many.  It may obscure the truth, the richness, the contemporary relevance of Christianity, it may indeed be ‘an obstacle, an intellectual stumbling-block’.  Borg therefore proceeds to take, chapter by chapter, a whole range of typically Christian words, from ‘salvation’ to ‘heaven’ and the language of Bible and creeds, and to teach us to read and to hear such language ‘without preconceived understandings getting in the way’.

Richard Coles told an audience at the Cheltenham Science Festival that, if they last thought about religion or faith when they were about 8 years old (as is so often the case), the chances are that, when they think about it now, they are thinking in childish terms because that is all they remember or ever knew. No wonder so many reject faith if what they are rejecting is a version of Christianity formulated for children. And how good a job do the churches do now, or the priests and theologians in the public sphere, in communicating the depth and relevance of a modern faith?

The next Wychwood Circle live event will be at the Village Hall on the main road through Milton under Wychwood on March 8th at 7pm.  The Reverend Richard Coles, broadcaster and former pop singer, will speak about "CHRISTIANITY FOR GROWN-UPS".
Posted by Wychwood Circle at 08:21