THE LONG ENTANGLEMENT BETWEEN RELIGION AND SCIENCE 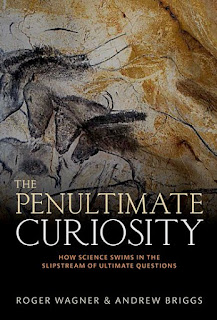 As Andrew Briggs and Roger Wagner seek to show in their massive history of human inquiry, the 'integrative struggle to unite our internal mental world' has led directly and indirectly to the ceaseless struggle to understand the whole physical world and the universe and our place within it.

They quote someone called Qoholeth (or 'the teacher') in the Hebrew bible who says of what he sees as the God-given reach and the limitations of the human condition:

He has made everything beautiful in its time. He has also set eternity in the human heart, yet no one can fathom what God has done from beginning to end.

For many Christian churches we are now in the period of 'Creationtide'.  This is a time of celebration (eg Harvest Festival) and gratitude and maybe just a few thoughts about climate change and treasuring the earth's resources.  Over much of human history, Creation, or the natural world, has sparked intense interest, from cavemen to fifth-century Greek philosophers to astronomers, cosmologists and scientists, from Aristotle to Galileo and from Darwin to our own day.  One might also say from Athens to Alexandria and from Baghdad to the CERN collider in Switzerland. 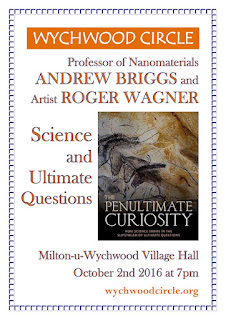 The views of all these thinkers and scientists on religion and faith are inevitably intertwined with their researches and beliefs and influenced by their environment and life experiences.  As Briggs and Wagner pause for breath at the end of Part IX of their book, they anticipate chapter 45 and two Oxford buildings of the mid-19th century which beckon from that next chapter as they 'stand at the threshold of the modern scientific world':

"The idea of Creation as a framing hypothesis, a rubric written over the whole physical universe, has been a thread which (though frequently becoming snagged on literalistic interpretations of Scripture and coercive attempts to police religious thinking) has run through Jewish, Islamic, and Christian thought for roughly two thousand years.

...[I]t might come as a surprise to discover the extent to which a strong slipstream of religious motivation was responsible for pulling individuals, professions, and even whole universities over that threshold."

Wychwood Circle events are always open to anyone who has an interest in our varied topics. They usually happen on the first Sunday evening of the month. A retiring collection enables us to cover our costs.

Posted by Wychwood Circle at 09:41